Hello, dear reader! Apologies for being away for so long! As I forewarned off the bat, a college student’s prayer. And given time and scheduling, I’ve elected to skip over my post-Halloween blog idea, so my hint at the end of “Trick ‘r Treat” is null and void. Apologies if you’ve been laboriously slaving over the answer for the last month. Perhaps this unimpeachable masterstroke of blog prose will offset any ill will. And also, hopefully, entertain and delight you, dear reader.

The Mothman Prophecies is a drama/horror/mystery film from director Mark Pellington with a screenplay written by Richard Hatem. The script is based on the book of the same name by John A. Keel. The story follows Washington Post reporter John Klein (Richard Gere), who investigates a series of strange happenings in Point Pleasant, West Virginia, after his wife Mary’s (Debra Messing) unexplained death. The people of Point Pleasant are experiencing bizarre visions and premonitions, claiming sightings of an 8-foot winged entity around town. Initially drawn into the drama under his own set of freaky circumstances, Klein begins to believe that whatever is happening in this small Mountain State town is connected somehow to his wife’s death.

Perhaps the most intriguing aspect of this film’s story is its claim of being based on real events. The book that the script adapts, The Mothman Prophecies: A True Story, is categorized as nonfiction. The novel’s author, John Keel, who passed in 2009, was a journalist and Fortean author.

END_OF_DOCUMENT_TOKEN_TO_BE_REPLACED

‘Tis the season, dear reader! Welcome to Trick ‘r Treat, the Mike Dougherty feature that’s all about the best day of the year. Go stuff yourself, Christmas. Halloween is where it’s at! One of my favorite things I’ve done these last few years is sit down with my older brother and have ourselves a little spooky movie marathon on the 31st. We order some junk food, get cozy and punch up our holiday favs: Halloween, The Thing, Evil Dead 2, The Cabin in the Woods and, of course, Trick ‘r Treat. I’d argue no film since John Carpenter’s 1978 classic has captured the Halloween spirit as wholly as Dougherty’s contemporary classic. Clocking in at a lean 82 minutes, Trick ‘r Treat is all killer, no filler; an anthology feature of five stories all coinciding throughout Halloween night. The vignettes each play out their own story and character arcs while maintaining an overall macabre sense of devilish fun.

END_OF_DOCUMENT_TOKEN_TO_BE_REPLACED

Can we all agree that religion is weird?

Welcome, dear reader! It’s time again to look into the dark and see what stares back. For this go-round, we’ll be exploring the world of Robin Hardy’s The Wicker Man, a one-time underground cult movie that has since broken out to become one of the most revered horror films of all time.

In 1973 Scotland, Police Sergeant Neil Howie (Edward Woodward) travels to the remote island of Summerisle to investigate a young girl’s disappearance. There, he encounters unhelpful townsfolk who deny any such girl exists. Unconvinced, Howie begins searching the island, meeting a bizarre pagan culture that directly clashes against his puritan/Christian beliefs. As the mystery unfolds, Howie falls deeper into a realm of rituals and practices that are not entirely holistic.

END_OF_DOCUMENT_TOKEN_TO_BE_REPLACED

The Lighthouse, directed by Robert Eggers, is a black and white nautical thriller starring Willem Dafoe and Robert Pattinson as a pair of lighthouse keepers sequestered to an island off the coast of New England in the 1890s. As their time wears on, strange happenings begin to root, and the lines between sanity and madness blur into a murky mess.

So, two people, stuck in a cramped space together, with no way out, forced to keep close together for fear of harm or death by the natural elements right outside their front door. That doesn’t sound too familiar, huh? Honestly, who’d have thought this strange tale of seafaring superstition and folklore/mythology remixing would ring so true to now. Sadly, I’m not sure where I’d rather be: here or there.

END_OF_DOCUMENT_TOKEN_TO_BE_REPLACED

Do you like scary stories? The tales that send a wriggling, crawling feeling beneath your skin. The kind that has you skirt the edge of a forest, look under your bed, check the closet and cower beneath the sheets. As strange as it may seem for a species that comes into this world afraid, human beings love to scare each other. And campfire stories tend to be a particular time-honored tradition. What more could you ask for? A dark, chilly night, friends huddled together, the sound of rustling tree branches, chirping crickets and a crackling fire to set the mood. It’s perfect! Those are the types of stories I want to explore. 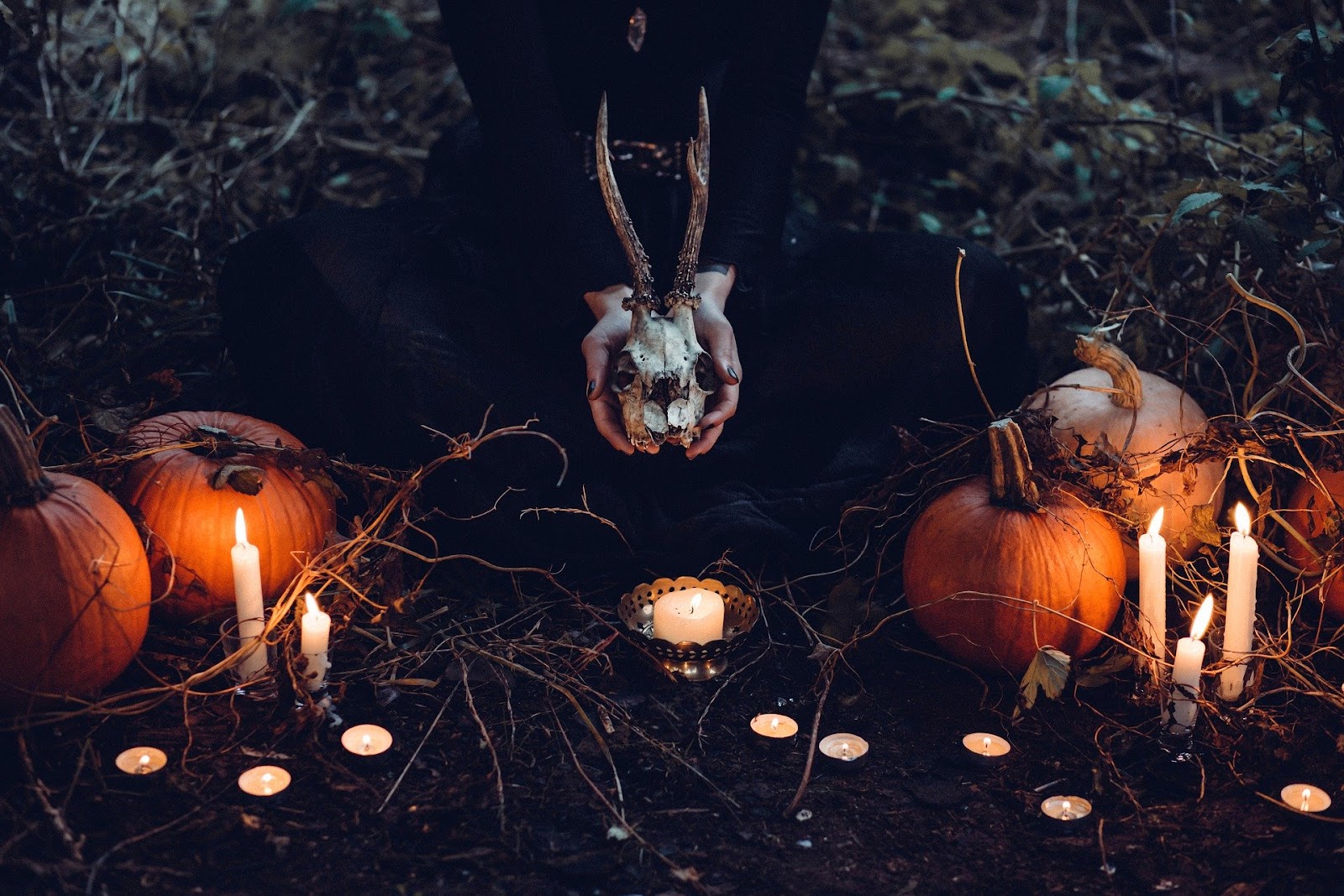 Image by Pexels by Pixbay

With this blog, I want to look at a specific horror subgenre: folklore. Now, I won’t pretend to be any kind of folklore expert; however, it struck me as the most fascinating in deciding on this blog’s focus. I want to use this space as an opportunity to learn along with you, dear reader. We’ll take this stroll into the shadowy never-ever together!

END_OF_DOCUMENT_TOKEN_TO_BE_REPLACED

“The Exorcist: Lighting the Darkness” a film analysis by Chris J.Patiño

There are many ways to paint a picture of fear. For some filmmakers, it’s all in the monster, in

showcasing the boogeyman at the center of the story. Others rely on suggestion and mind games to get inside peoples’ heads. Whichever way you cut, it’s all theatricality, and presentation goes a long way into how an audience will react. The Exorcist stands as one of the greatest horror films because of the filmmakers’ mastery over the language of film. Perhaps the film’s strongest element is its depiction of demonic possession. Director William Friedkin’s grounded documentary approach lends the film a sense of realism that is uncommon within the genre. He pays careful attention to making sure the world and the people in it feel authentic and believable. But that does not mean the film lacks artistry. As it happens, it’s the combination of the real with the imaginary that sells the film’s realistic vibe and accentuates the horror of it all. Of the filmmakers’ many technical wizardries, the cinematography, specifically the lighting, captures the character’s internal landscapes of fear as they contend with great evil. It lends to the film’s overall themes of faith and uncertainty. In The Exorcist, expressionistic lighting is tied directly to the human psyche, portraying the inner turmoil of doubt in the face of evil.