‘Tis the season, dear reader! Welcome to Trick ‘r Treat, the Mike Dougherty feature that’s all about the best day of the year. Go stuff yourself, Christmas. Halloween is where it’s at! One of my favorite things I’ve done these last few years is sit down with my older brother and have ourselves a little spooky movie marathon on the 31st. We order some junk food, get cozy and punch up our holiday favs: Halloween, The Thing, Evil Dead 2, The Cabin in the Woods and, of course, Trick ‘r Treat. I’d argue no film since John Carpenter’s 1978 classic has captured the Halloween spirit as wholly as Dougherty’s contemporary classic. Clocking in at a lean 82 minutes, Trick ‘r Treat is all killer, no filler; an anthology feature of five stories all coinciding throughout Halloween night. The vignettes each play out their own story and character arcs while maintaining an overall macabre sense of devilish fun.

But this blog isn’t just me fawning over great movies. Doughtery goes deep into Halloween’s history and lore, reaching back to its origins to inform the film’s themes of tradition and ritual. The film’s Blu-ray disc has a 27-minute special feature that explores Halloween’s legends and the truth behind their creation. We hear from cast and crew as well as author Lisa Morton (“The Halloween Encyclopedia”) and David J. Skal (“Death Makes a Holiday: A Cultural History of Halloween”). It’s a fascinating watch, and I highly recommend you check it out. But for now, walk with me, dear reader, as I recount to you the ancient facets of one of the world’s oldest and darkest celebrations. 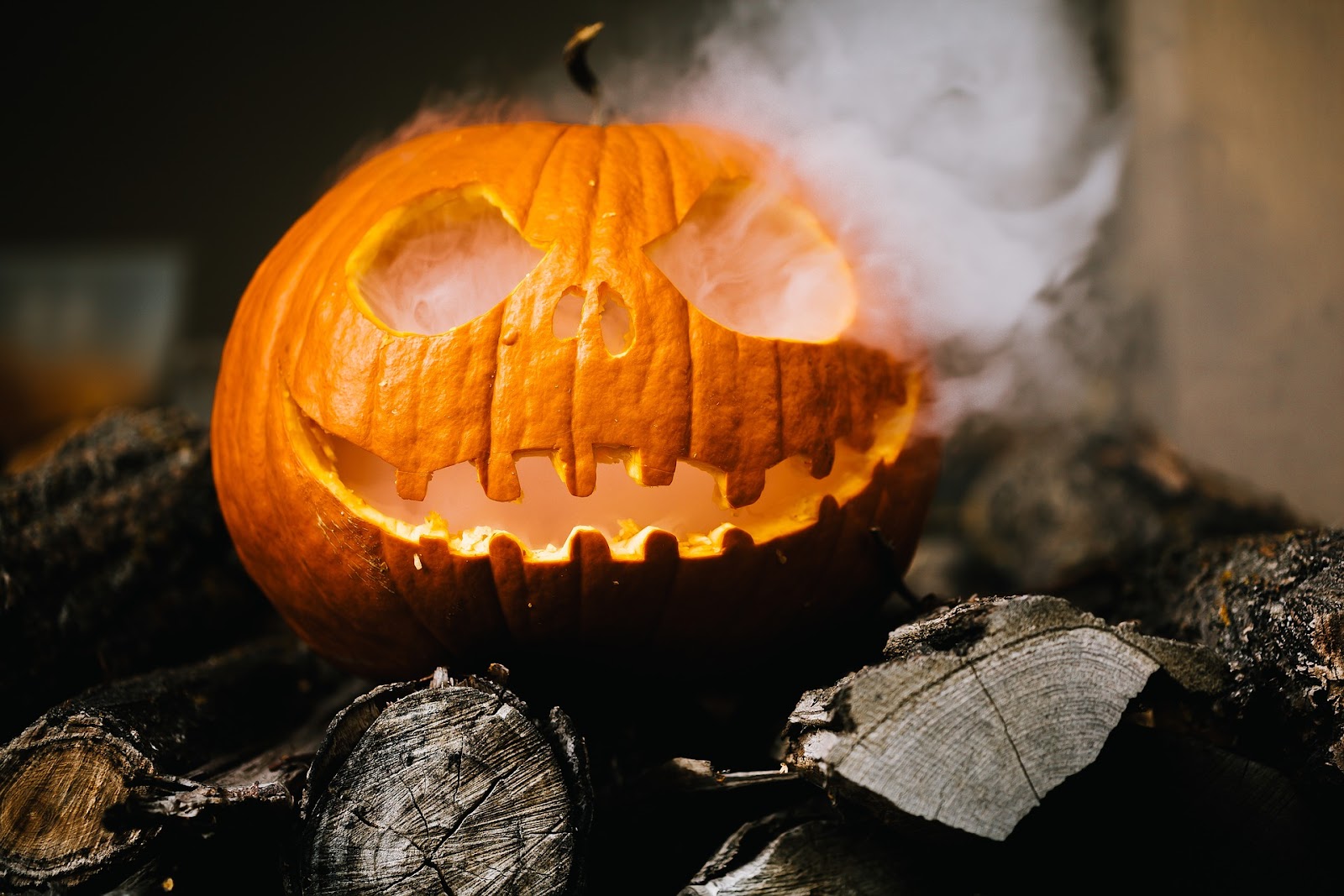 Image by Benjamin Balazs from Pixabay

We must go back some 2,000 years to the lands of Ancient Briton, Ireland and Northern Europe to grasp Halloween’s beginnings. We start with the Celts and the pagan religious festival of Samhain. A Gaelic word pronounced “sow-win,” Samhain was a spiritual tradition predating Christianity. Celebrated on October 31, it was a time to welcome the harvest and usher in the dark half of the year. Samhain is when the barrier between the living and the dead is its weakest, allowing for greater interactions between them. Celebrants would host rituals, including offerings of special foods and human sacrifice. The Ancient Celts saw Samhain as the most significant of the four quarterly fire festivals, stuck between the fall equinox and winter solstice. Whatever that means, right? Anyhow, once people wrapped up their harvest work, they’d meet with the Druid priests to light a community fire. A wheel, symbolic of the sun, would be used to spark the flame, and gatherers would take a lick of it back to their home hearths. For a time, Samhain was a mandatory three days and night event where the community was to present themselves to the local kings and chieftains. Those who choose not to do so would provoke the wrath of the old gods upon thyselves. You know how them O.G.’s do.

As time goes on, along comes this group of miscreants called Christians, and they weren’t having any of this wicked gaiety. Pope Gregory moved the Feast of All Saints from Spring to coincide with Samhain. The hope was that Christianity would override the Pagan festival. It didn’t quite work out that way. November 1st became All Saints Day, known in medieval England as All Hallows. Eventually, October 31 came to be known as All Hallows Eve. Today, what we affectionately call Halloween. And much to the chagrin of the Jesus folk, Halloween drew on traditions from their side. Halloween pulls from the customs of Carnival, a Roman Catholic festival that occurs before the Lenten season. At Carnival, people come all dolled up in prismatic attire and decorative masks to parade and party. It’s a time to get down with the sickness; to release inhibitions before Lent’s ascetic period. You can see the appeal. 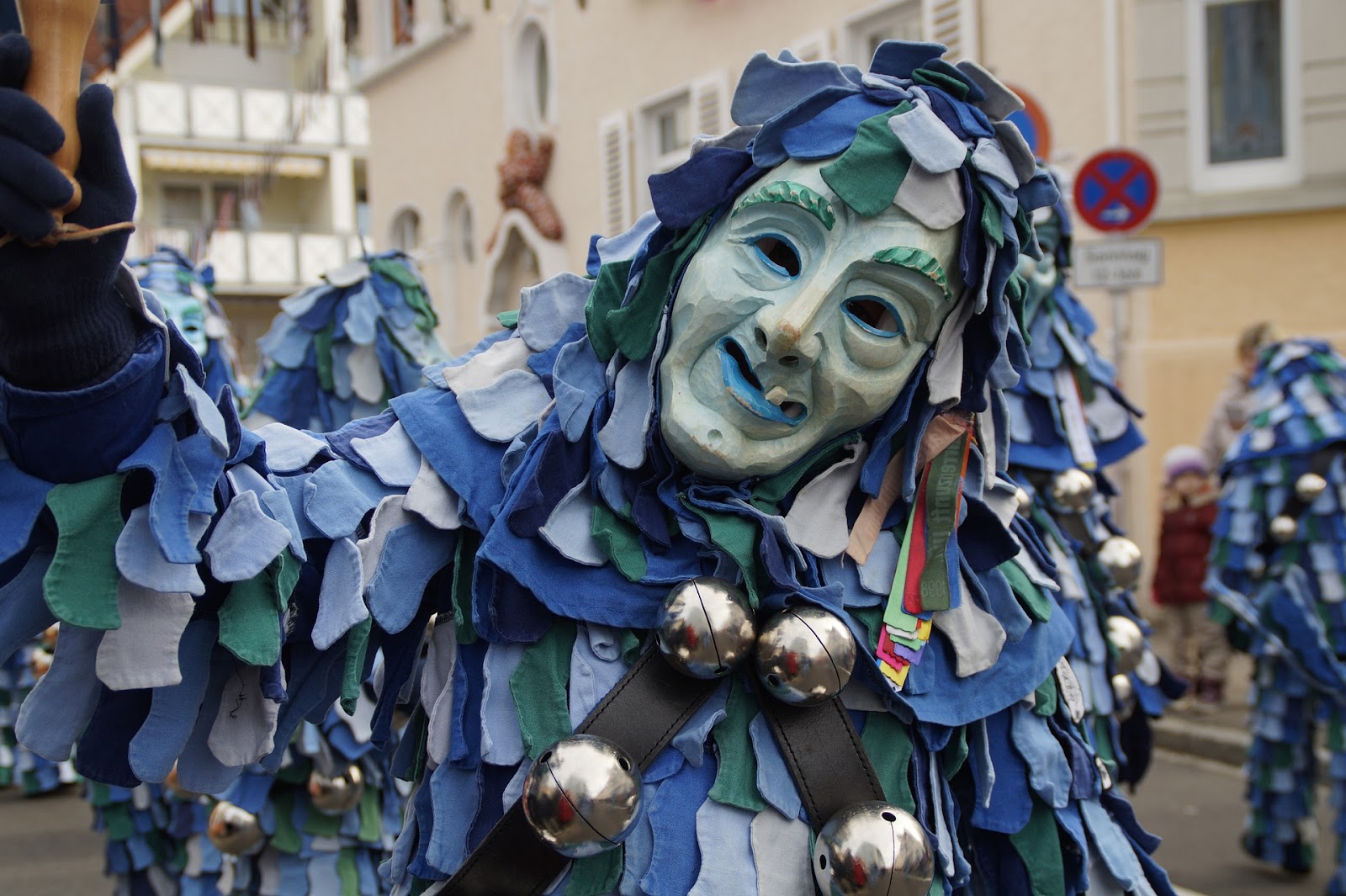 Image by M W from Pixabay

Trick ‘r Treat is a film where tradition is not to be scoffed at. Doing so would not enrichen the prospects of one’s health. The film cuts between several different stories, all involving one tradition or another: a college virgin (Anna Paquin) on the prowl for that special someone; some mean-spirited pranking teenagers; a high school principal (Dylan Baker) who doubles as a serial killer; a couple contending with Halloween rites; and a cantankerous old man (Brian Cox) who has some skeletons in his closet. Watching over them all is Sam, a demonic protector of Halloween customs. Taking on the form of what is most innocent, a small child, Sam is Halloween’s enforcer. Dougherty intended to create a mascot, an icon, for the holiday. He drew inspiration from historical postcards and wooden engravings that featured little pumpkin-headed guys. The character’s job is to oversee the I’s and T’s of Halloween and answers transgressions with deadly force. And the little fella is quite testy where jack-o’-lanterns are concerned. You don’t mess with Jack!

The story behind these orange gourds involves a man, a blacksmith, named Jack. Legend has it that when the devil came to collect his soul, Jack played a trick on him. This stuck in ol’hornhead’s craw. Jack wasn’t a terribly nice guy, so when he died, heaven rejected him. Hell wasn’t anymore welcoming, given Jack’s history with the Prince of Darkness. However, the devil decided to cut Jackie boy a break, tossing him a glowing lump of coal, which Jack caught in a hollowed-out turnip. Lantern in hand, Jack was forced to wander the night for eternity. Thus is born the jack-o-lanterns! But, wait, you must be asking yourself: a turnip? A freaking turnip! Well, yeah. Great Britain didn’t have pumpkins. Europeans didn’t come across them until they came to America in the mid-19th century, and they made far better jack-o-lanterns. And while old jack puts on a happy face for all to see, the jack-o-lantern is nonetheless a representation of death. 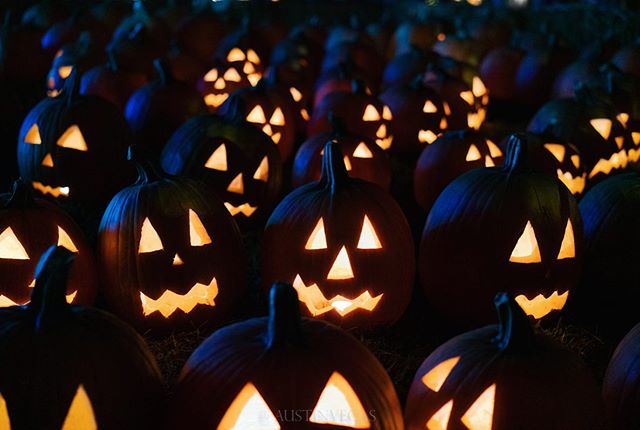 Halloween is an intentionally foreboding affair. At once, a merry night for children, filled with sweets and glee, and simultaneously a sexually charged outing for adults, brimming with passion and danger. It’s the time when we acknowledge our darker side. Let loose the beastie clawing to get out. It’s sinister. Scary. Sexy. It’s good fun! Unless, of course, you break the rules. For as Trick ‘r Treat portends: to scorn is to perish.

Chris J. Patiño is a senior at Lewis University, working toward a Bachelor of Arts degree in Journalism. Inspired at an early age by the late great Roger Ebert, he looks to follow in the footsteps of the acclaimed film critic and add his voice to the choir of movie discourse. As a Tempo reporter, Chris writes film reviews for The Lewis Flyer. He enjoys just about every film genre, but favorites include horror, sci-fi, and action. A lover of books, board games and the great outdoors, he spends most of his free time in worlds of fantasy and thought. Favorite authors include Stephen King and Jim Butcher, with favorite novels being The Dresden Files series, the Harry Potter series, Salem’s Lot, The Shining, The Girl with the Dragon Tattoo and All the President’s Men.