Well, Kanye West has returned from his long slumber and been making headlines recently. Some of the reasons are cool, but a larger number of those are not so cool. Starting with the good stuff, he’s got a solo album coming in June alongside a separate side project with Kid Cudi, as well as some production credits that include a new Nas record.

However, in the past week, Ye’s also released two incredibly underwhelming “singles,” and been saying some intolerable stuff on Twitter. Most recently, he appeared in an interview with TMZ, and it’s quite an…interesting watch, to say the least. Suffice to say, it will be fascinating to see what comes of all this Kanye news in the coming months.

Moving on from Kanye, I want to give a shoutout to Janelle Monáe’s new album, Dirty Computer, which I’ve listened to non-stop since its release on Friday. I’ve included one of my favorite tracks from the album, “Screwed,” as the opening song on this week’s playlist, so you too can enjoy this masterpiece. Elsewhere, we have included tracks from Hall and Oates, The Internet, and Katy Perry.

END_OF_DOCUMENT_TOKEN_TO_BE_REPLACED 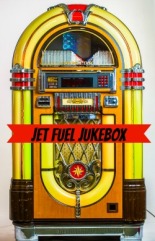 It’s a spooky Tuesday here on the Jet Fuel Jukebox, as Jake and I have picked some tunes perfect for the Halloween season!

This week’s artists include John Carpenter, Queens of the Stone Age, Michael Jackson, and Kanye West.

We here at the Jet Fuel Review hope you enjoy your Halloween!

END_OF_DOCUMENT_TOKEN_TO_BE_REPLACED 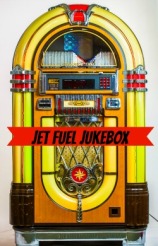 Here we go again. It’s a new week, and that means it’s a new playlist as well.

In an attempt to avoid staleness, I’ve continued my efforts to add new songs and artists instead of resorting to the same old artists every week. And so, everything I’ve chosen for my half of the playlist this week is either a brand new song that’s been released in the past month, or an artist that I’ve just discovered.

This week’s playlist includes 20 phenomenal tracks from the likes of Gallant, Kanye West, and Katy Perry.

And if you haven’t already, be sure to read music blogger Dan Fiorio’s review of Radiohead’s latest effort, A Moon Shaped Pool, which went up earlier this week.

END_OF_DOCUMENT_TOKEN_TO_BE_REPLACED

On this week’s episode of Infinite Canvas, Dan and Mike review 3 new titles from this week: Saga #36, Sex Criminals #15, and Batman #51.

They also talk about the woes that come with buying too many comics and not having the time to read them, and touch on Kanye West’s latest album, The Life of Pablo.

Is it Tuesday already? Awesome! You know what that means! It’s time for another edition of our weekly playlist, curated by Michael Lane and Jake Johnson.

This week we have highlighted Gwen Stefani’s new single “Make Me Like You,” as Jake’s review of her new album will be going up tomorrow.

It isn’t an entirely Gwen Stefani playlist, however, as we also have songs by Kanye West, ZAYN, and Queens of the Stone Age, among others.

END_OF_DOCUMENT_TOKEN_TO_BE_REPLACED

It’s been a very long road getting here, but the destination has finally been reached — sort of. After years of teasing, Kanye West’s seventh album, The Life of Pablo, has finally been released for streaming only on Tidal (I know what you’re thinking, “who?”). After the release of singles “Only One” and “All Day” in 2015, West went silent about the status of the album. It wasn’t until January of 2016 that West remembered he had an album to make, and announced the album was coming soon.

The album was released to high anticipation, but it was also really messy.  Pablo went through many changes, including former album titles So Help Me God, SWISH, and Waves — all eventually left behind due to a shift of mind by Kanye. After those 2015 singles failed to garner the success of previous releases, he went on a hiatus — similar to that of Rihanna with her newly released (and equally as messy) album ANTI — only to return with what is easily his most mixed and experimental album yet.

The Life of Pablo opens with the inspirational “Ultralight Beam,” an uplifting, choir-driven song that almost plays out as a gospel track, discussing West’s faith in God. The track even goes as far as featuring vocals by pastor Kirk Franklin, clearly setting the stage for the most interesting work of West’s career. The album progresses strongly, with highlight “Famous” featuring Rihanna and a questionable lyric about the status of Taylor Swift’s fame, which I will appropriately neglect.

END_OF_DOCUMENT_TOKEN_TO_BE_REPLACED

Woo! It’s Tuesday! You know what that means! And if you don’t, well, where have you been?

Of course we have another edition of Jet Fuel Jukebox, our weekly 20-song playlist curated by Jake Johnson and I.

The annual Chicago Pitchfork music festival had its lineup revealed the other day, and since I’ve already purchased my tickets, I based my picks on some of the artists I cannot wait to see. And though there’s no Carly Rae Jepsen or Neon Indian in the playlist, it’s because I think you are all probably a little sick of me adding those artists to this playlist so much. You know that I am ecstatic to see both of those artists at the fest.

Also, tomorrow, Jake will have a review of Kanye West’s new Tidal-exclusive (for now, at least) album, The Life of Pablo. I think the album is pretty impressive and I’ve listened to it dozens of times in the past week, but how will Jake feel about it? Come back tomorrow and find out!

Artists on this week’s playlist include Empress Of, Ryn Weaver, and Porches.

END_OF_DOCUMENT_TOKEN_TO_BE_REPLACED

Hope everyone’s having a fantastic Tuesday! Well, get ready for it to be even better because Jake and I have yet again come up with a fantastic 20-song playlist for your listening pleasure.

This was sort of a hard playlist to make for me as I’ve been all over Kanye West’s latest album this past weekend, and unfortunately, it’s only available on Jay-Z’s streaming service Tidal. I would likely have included a couple tracks in this playlist, but Kanye seems to not want to release his new album anywhere else. Oh well, we live on.

The lack of Kanye has left room for 20 other stellar artists on this week’s playlist, including Cage the Elephant, Iron & Wine, and Glass Candy.

END_OF_DOCUMENT_TOKEN_TO_BE_REPLACED

Tuesday is upon us again, and with it comes another playlist of 20 songs hand-picked by our resident music blogger — Jake Johnson — and I.

Easily the biggest music news this past week is the announcement of Adele’s highly anticipated upcoming album, “25,” which will be released on November 20th. You can be sure Jake will have a review of that one. As a big fan of the British singer/songwriter, Jake’s first pick and our leading song for this week’s Jukebox is her hit new single, “Hello.”

This week I’m highlighting Canadian synth-pop starlet Grimes, as she has also announced this week that her newest album, entitled “Art Angels,” is coming out incredibly soon on November 6th. In the Jukebox this week I have included her absolutely fabulous new single “Flesh without Blood.” Closing out the playlist is a personal favorite Grimes song of mine, “Oblivion,” which is a dark, haunting, synth-led song from her 2012 album, “Visions.”