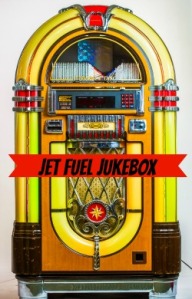 On this especially snowy March Tuesday morning, we introduce to you a brand new Jet Fuel Jukebox. Welcome it with open arms, won’t you?

It seems that Charli XCX’s new mixtape (which dropped this past Friday) has made quite the impression on both Jake and I, as we’ve both decided to highlight a track from her latest release, Number 1 Angel. Elsewhere, you’ll notice new tracks from Lorde and Little Dragon, who both showed up on this playlist over the past few weeks with their previous singles.

The 20-song playlist is rounded out by additions from Anderson Paak, Foxes, and Vampire Weekend.